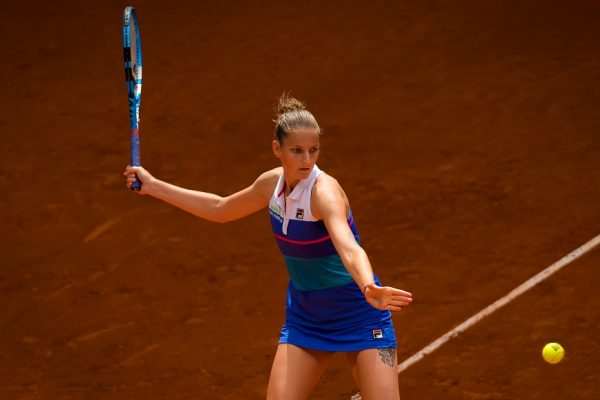 Karolína already moved to the venue of the next WTA Tour event in Rome and, more importantly, she can already train at 100%. In the Italian capital she wants to play both in singles and doubles competitions.

Nevertheless, the most important news relate to her health condition. “I would like to inform my fans about my health condition. I received detailed test results today and it seems the virus is gone. So, finally I can start working at 100%,” Karolína announced.

On Sunday morning she practiced with the Slovak Dominika Cibulková, in the afternoon then with Julia Goerges of Germany. With the latter she also agreed to play in the doubles event.

Karolína’s best result in Rome dates back to 2017 when she reached the quarterfinals before being eliminated by the later winner Elina Svitolina of Ukraine. Her last year’s campaign ended in the second round after losing against Maria Sakkari of Greece in three sets. This year, Karolína is seeded as number 4 with a bye in the first round.

“I must say I’m looking forward to playing here in Rome. Although I’ve never been very successful here, I really love the city. We have our favorite spots and restaurants here. And hopefully I’ll improve my results this time too,” Karolína said. If there’s a chance and everything goes as scheduled, Karolína’s team would like to attend the Sunday night’s Italian Serie A soccer battle between A.S. Roma and Juventus F.C.