Karolína Turns Match against Kenin to Reach Quarterfinals in Rome 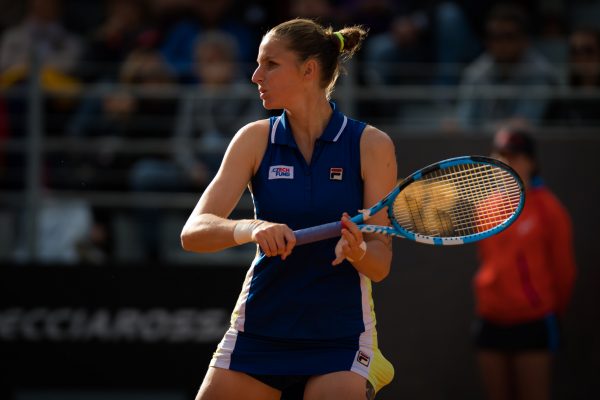 Karolína has already advanced to the quarterfinals in Rome. She defeated the American Sofia Kenin 4-6, 6-4, 6-3 in a tough three-set battle and will face Victoria Azarenka of Belarus in the next round.

Sofia Kenin started not long after winning a three-setter against Madison Keys, which was delayed due to Wednesday’s rainy weather. But still she managed to keep a solid pace in the first set and eventually won it after Karolína lost two of her serves.

“In the first set I struggled a bit with concentration and my tennis. Then I started playing better, however, focused on my serve and not on what was going on around, and I think I started playing well,” Kája described the progress of the match.

In the second set she also improved her first serve percentage and slowly and steadily began turning the score around. Moreover, Karolína managed to help herself with quite a few direct points and Sofia Kenin started to look more and more tired.

“I think I played better tennis then. I had a bit more energy and that’s why I won,” added Karolína, who hit 12 aces against Sofia Kenin.

Karolína will fight for the semis with Victoria Azarenka, whom she met recently at the tournament in Stuttgart.

“We’ve already played against each other many times. I’ve won several matches and so did she. From what I’ve seen in some of her last matches, she’s improving and returning to the level where she used to be,” Kája said about the former world number one, currently sitting on the 51st position of the WTA world ranking.

Internazionali BNL d’Italia, Rome, round of 16: