Kája Wins Her 500th Match and Advances to Semis in Rome 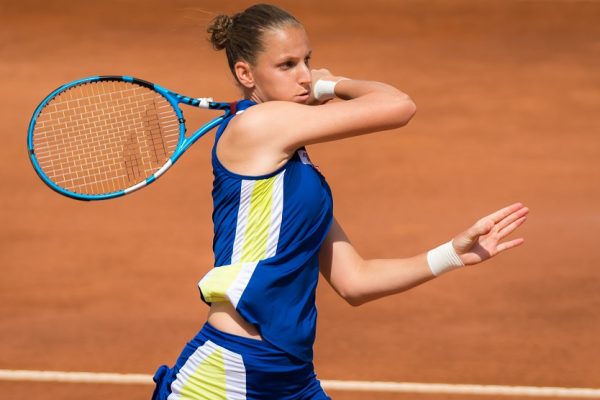 Karolína will play in the semifinals of the clay event in Rome for the first time in her career. She overcame the Belarusian Victoria Azarenka in a three-set battle. Kája played one of her best matches on clay, hitting 41 winners in the process. At the same time this was her 500th career victory.

The two former world number ones played excellent tennis and Karolína long seemed closer to grabbing the first set. But Victoria Azarenka managed to win back her lost serve and triumphed 7-5 in the tie-break in the end.

“I’ve played lots of three-setters in the past few years, do I don’t panic when I lose the first or second set. It’s only about me and I continue in the match. I just feel quite self-confident when I reach the third set because I know I’ve won many of them in the past few years,” Karolína commented on the lost first set.

From the second set she started dominating, although the Belarusian also had several break-point chances. But Kája was once again able to rely on her serve and with the help of brave and strong winners she kept winning important rallies.

Karolína won the second as well as third set 6-2 and advanced to the semifinals for the first time in Rome.

“The score looks like an easy win, but I don’t think it was that easy. I just got more chances and wasn’t afraid to capitalize on them. And also my serve improved,” added Karolína, who paid Azarenka back for the loss from Stuttgart from three weeks ago.

What is more, the WTA statisticians also announced that this was her 500th WTA Tour win. Victoria Azarenka reached the same milestone on the day before.