Karolína: I’m Happy But I Take the Rome Triumph with Humbleness 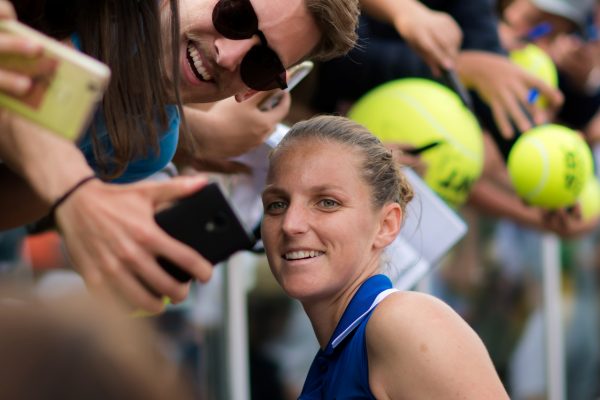 Karolína achieved one her biggest career wins in Rome. At the Internazionali BNL d’Italia, which is a Premier 5 tournament, she defeated Johanna Konta of Great Britain in the final. But she feels happy about the whole week she spent in the Italian capital.

Everything began on Sunday before the event already, when she went to watch the big soccer match between A.S. Roma and Juventus with her team and could see the stars like Cristiano Ronaldo or Edin Džeko in action. Two days later she played her first match against Ajla Tomljanovic, whom she eliminated in straights sets. The next two matches went to three sets, but the battles with Sofia Kenin and Victoria Azarenka showed Karolína’s rising form as well as increasing self-confidence.

“I played a few tough matches here and went through several difficult moments, so I’m glad I succeeded. The weather wasn’t ideal either,” Kája said after the tournament.

In the semifinal against Maria Sakkari and in the final against Johanna Konta she again won in two sets, as she longingly suggested after the quarterfinal.

But Karolína is also happy about her triumph in Rome from another perspective. “When I realize how I felt two weeks ago when I couldn’t practice at all, I didn’t know what was going on with me and we couldn’t get rid of the virus, then I’m really happy. Taking this into account I value this title even more and I take it with humbleness,” she admits.

But the clay season is not over yet and the French Open is coming next. “Now I’ll take two days off, I’ll move to Paris and will be looking forward to another Grand Slam of this season. But of course I don’t want to put myself under any significant pressure. It will be a completely new environment, conditions, courts as well as different balls. But I’ll try to fight for the best possible result.”