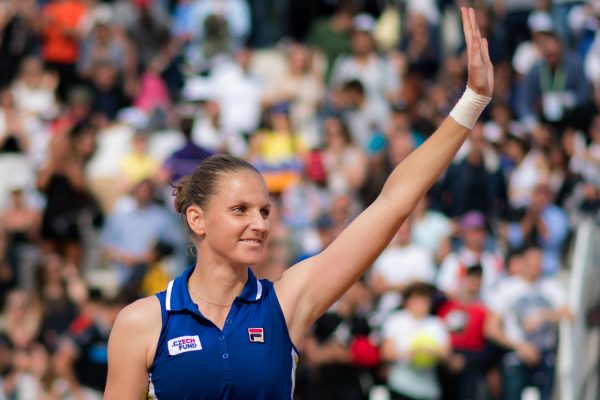 Karolína has made it and became the first Czech winner of the WTA tournament in Rome in 41 years! She defeated Johanna Konta of Great Britain in today’s final in straight sets, 6-3 6-4. Kája celebrates her 13th WTA Tour title and after the weekend she will move to No. 2 in the WTA World Ranking.

All of the previous head-to-head matches between Karolína and Johanna Konta went into three sets, but from the very first minutes of the final in Rome Karolína showed how determined she was to win the trophy.

She broke her opponent’s serve on the very first occasion and safely held her own serve until the last game. Johanna Konta had a break-point chance at 5-3, but failed to convert it and Kája finished the opening set with three consecutive rallies.

The second set was tight up until 3-3. Then Karolína pressed hard against Konta’s serve and capitalized on her fourth break point after a tough battle. She then held her close lead until the very end. Johanna Konta tried to fight back, saved two match points, but lost the third one in the end.

“It’s been a big week for myself as well as for my team. I played a few tough matches here and I’m glad I succeeded. I was a bit nervous today, but it was a final, so that was kind of expected. It was my first final in Rome and I believe it wasn’t the last one,” Karolína said during the ceremony after being awarded the trophy.

Thanks to her the WTA tournament in Rome has a Czech winner for the first time in 41 years. Regina Maršíková triumphed in 1978 at what was then called the Italian International Championships.