Karolína Becomes World No. 2 and the Best in Czechia 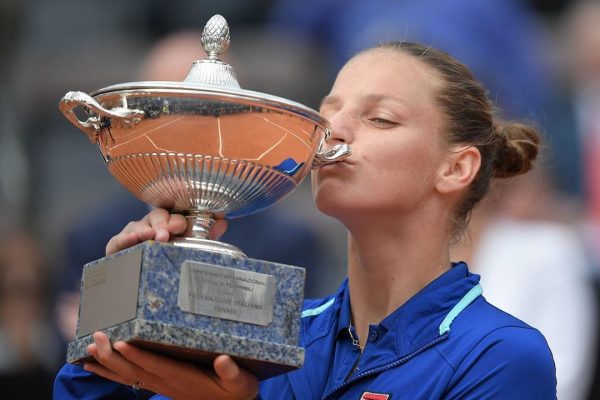 Following her triumph in Rome Karolína rose to number two in the current WTA World Ranking. This is her best position since July 2017 when she sat at the very top of the ranking.

Karolína won her 13th career title in Rome and the third in a row on clay courts. In the WTA Ranking she moved up five places, only 801 points short of Naomi Osaka on the first position. Karolína also became the Czech number one again.

The year 2019 has been one of the best for Karolína so far. She’s only the third player on the tour with two tournament titles this season. The first one came in Brisbane, Australia in January.

The consistence of her form as well as her firm spot among the world’s top players is also documented by the fact that Karolína has already been in the TOP 10 for 33 consecutive months now. She peeked into the top 10 of the WTA World Ranking for a few weeks back in August 2015. And since 12th September 2016 she has been among the 10 elite players until now.