Conchita Martínez: It Was Nice to Bring Back Memories of My Triumphs in Rome 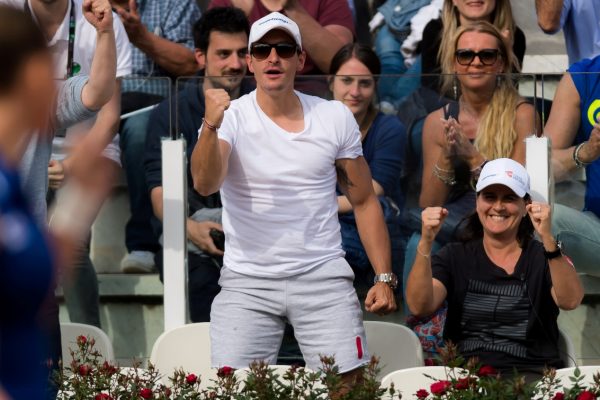 It was actually quite symbolic. Karolína triumphed in Rome when coached by the Spanish tennis icon Conchita Martínez in the eternal city for the first time. She won the trophy here four times between 1993 and 1996. That’s why she had one more reason to celebrate after Karolína’s triumph.

Did Karolína’s victorious final remind you of your own triumphs in Rome?

“Of course it did! Every time I go to a tournament where I have done well in the past it brings me great memories. And of course Rome has a special spot in my heart because I was very successful there and I have great memories of the city, people, food and everything. So it was nice to revive those feelings with Kája there. She played great!”

How did the tournament in Rome actually change in the 25 years?

“A lot of things have changed, but that’s logical. A part of the restaurant is completely new. And when I played here then, there were no practice courts there, so the courts 7, 8, 9, 10 and 11 are new. The grand stand is also new. But the men’s and women’s tournaments were played separately back then. First there was a week for women, followed by a week for men.”

Clay has never been Karolína’s favorite surface. But she can win on clay too. What do you ascribe this to?

“Kája is a very good player and she has proved that she can play on any surface. Of course there are some things you have to adjust to play on clay. But she is very talented and a hard worker, so all of this work is paying off.”

The next tournament is the Roland Garros. What are your plans together before this Grand Slam?

“We will continue to work on some aspects on and off the court with the whole team. We will get to Paris on Wednesday and we will be getting used to new conditions, weather, and new balls. On the rest of the days we will continue to play practice sets with other players and work on other areas that may need it with some other drills.”