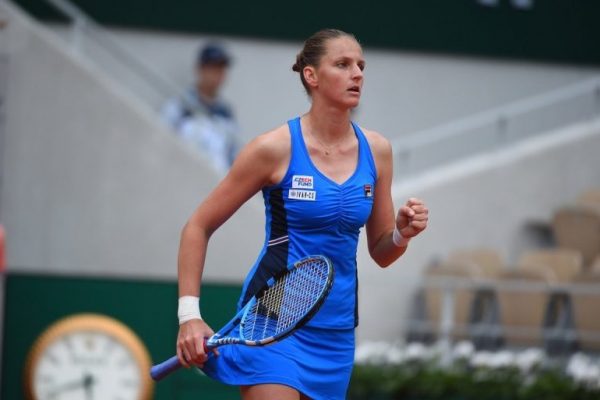 Karolína started the French Open with a win, defeating the American Madison Brengle 6-2, 6-3 in the first round at the Philippe-Chatrier Court.

Kája didn’t have the best of starts and lost her very first serve after her American opponent converted her fourth break point after a long battle. But then quality became apparent. Karolína countered with a re-break and since 0-2 she lost only six points in the first set.

At the beginning of the second set the American resisted, but Kája was taking over the dominance with time and especially during Brengle’s serves she managed to hit good returns and win important points. She ended the match in just over an hour, winning also her fourth head-to-head encounter with Madison Brengle.

In the second round Karolína will meet the Slovak Kristýna Kučová, who eliminated Svetlana Kuznetsova of Russia 6-4, 6-2.