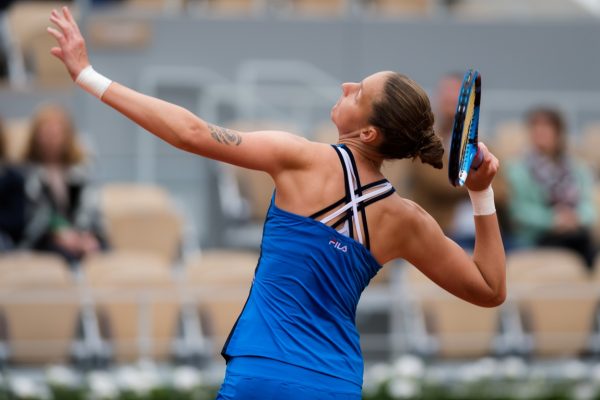 Karolína has advanced to the 3rd round of the Roland Garros Grand Slam. She didn’t lose a single serve against Kristína Kučová of Slovakia and celebrated victory after less than an hour.

Karolína had the match clearly under control and played aggressive and accurate tennis. The only tough moment came early in the first set when she faced a break point at 1-1, but managed to hold her serve with three consecutive winners.

Further on during the match she gave no chance to her Slovak opponent and was also successful on serve, hitting eight aces. Kája also tried the brand new Suzanne-Mathieu Court, which was built before this year’s French Open.

“When you win, everything looks easier. But the fact is that I played good tennis and when I needed to show a bit more, I geared up and was doing well,” Karolína said after the match.

During the first two rounds she didn’t lose a single set, while allowing only 11 games to her opponents. But in the third round she’s going to encounter the ambitious Petra Martić, whose record is even better. In the first round she sailed past Ons Jabeur 6-1, 6-2, before defeating Kristina Mladenovic 6-2, 6-1.