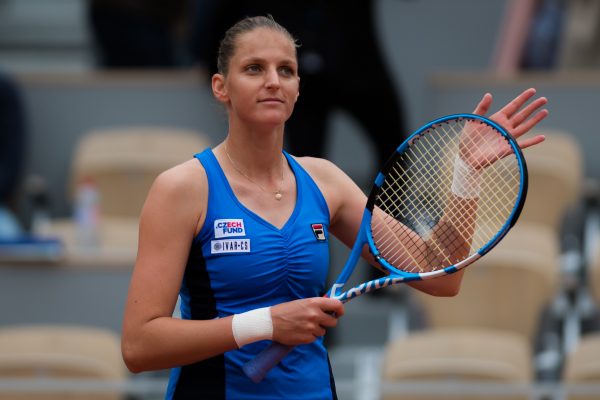 Karolína ends her French Open campaign in the third round after being overcome by the well-playing Petra Martić of Croatia 3-6, 3-6.

Karolína met Petra Martić for the fourth time and the head-to-head record spoke in favor of the Croatian. The match at the Philippe-Chatrier Court started before noon and was long tight. Kája held her serve and even at 3-3 she was up 40-0 and serving. But then came the Croatian’s good moments, who unexpectedly turned the score around and capitalized on her first break point.

Martić then broke another Karolína’s serve and won the opening set 6-3.

The second set didn’t start well for Kája. She was quickly down by 0-2, but then started playing aggressively and at times even very riskily and managed to turn the score to 3-2. But Petra Martić managed to read Karolína’s serve well, returned many tough balls and won the remaining four games in the second set.

Despite hitting 9 more winners than her opponent, Kája also posted 28 unforced errors and hence it was the Croatian who advanced into the round of sixteen.

With her third-round appearance Karolína tied her last year’s French Open result and she will now slowly start getting ready for the grass season. After the Roland Garros Grand Slam she will remain on the fourth position at worst.