Karolína through to US Open 2nd Round after Two Tie-breaks 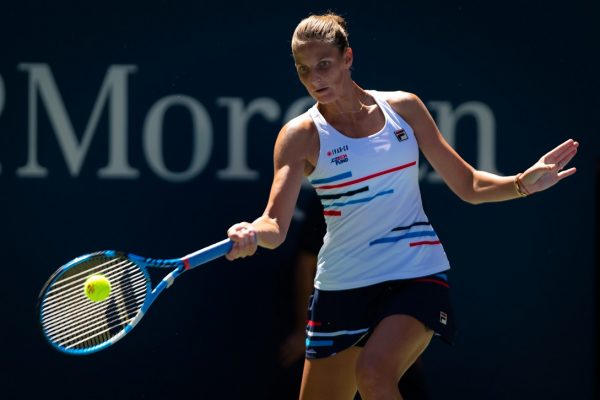 Karolína started the US Open with a win, beating the fellow Czech Tereza Martincová in two tie-breaks.

The first head-to-head encounter of the two Czechs started quite nervously. Both players kept breaking each other’s serve until 3-3 and it was Karolína in the seventh game who managed to hold her serve for the first time. But the tenacious Martincová found an answer soon and forced a tie-break.

Despite Karolína lost a 4-1 lead in the tie-break, she utilized her experience in the end and grabbed the opening set.

The second set initially looked like an easier job for Karolína. She was up by 3-0 and serving, but Tereza Martincová didn’t give up and defended very well. She again managed to take the set into the tie-break, which was tight until 3-3. But then Karolína won the last four points and reached the second round after almost two hours.

“Tereza played well, she definitely deserves credit, but I think it was also about what I let her play on the court. She was returning well, but I managed to play better at the end of both sets and I served and played well in both tie-breaks. That was crucial,” Karolína commented on the match.

Her next opponent will be Marion Bolkvadze of Georgia, who overcame the American Bernarda Pera in three sets 6-3, 5-7, 6-4 in the first round.