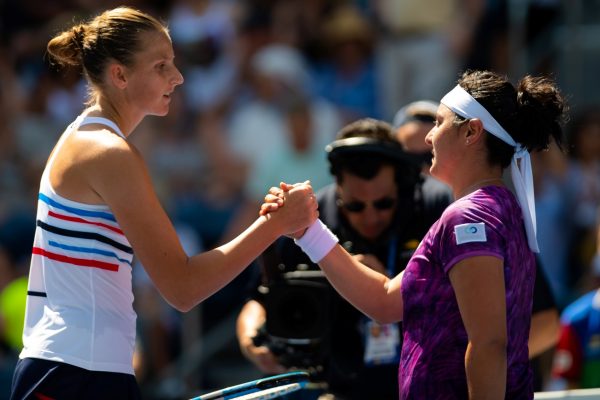 Karolína advanced to the round of 16 at this year’s US Open on Friday. But the match against Ons Jabeur of Tunisia proved to be a real thriller. Kája won the three-set battle lasting over two hours 6-1, 4-6, 6-4.

After the first set, which Karolína won clearly 6-1, the match seemed to be a one-sided matter. Kája was dominant and broke all her opponent’s serves.

From from the second set Ons Jabeur began improving and and with her variable tennis she started winning balls that were boosting her confidence. With her persistent effort and lengthy games the Tunisian managed to turn the score around from 2-0 to 2-5. And despite Kája reduced the gap to 4-5, it was Ons Jabeur who won the last game of the second set.

It was the first time at this year’s US Open that Karolína had to fight in three sets, but despite she didn’t fare very well from about halfway through the match, she managed to win important rallies and built a 2-0 and 4-1 lead. And although Ons Jabeur dramatized the match one more time, in the key eighth game Karolína managed to hold her serve despite several deuces and two Jabeur’s breakpoints, and in the next game she served the match out.

“It was a really strange match. I have no idea whether she herself knew what she wanted to play. Then it’s really hard for me to read. But in the end it ended well. It was a big battle. I don’t have the best feelings about the match, but I’ve won and that’s fine,” Karolína said honestly at the post-match press conference.

In the round of 16 Kája will meet Johanna Konta of Great Britain, who defeated Shuai Zhang of China.