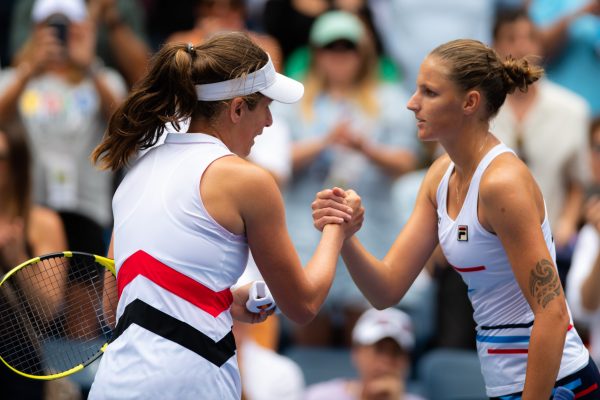 Karolína’s US Open campaign ended in the round of sixteen. She was overcome by Johanna Konta, who won the match despite losing the first set in a tie-break.

The match didn’t start well for Kája. She lost her first serve with a love game and despite trying to break her opponent back several times she succeeded at the very last moment. Johanna Konta was up by 5-3 in the first set. But then came a turn, three games in a row and dominance in the tie-break.

Karolína was on fire and carried her for over to the beginning of the second set, when she broke her opponent’s serve twice and was up 3-1. However, after that a crisis came and Konta won five consecutive games as well as the entire set.

In the decider both players long held their serves and the match was decided by a moment in the 11th game when Karolína went down 0-40 while on serve and managed to save only one break-point. Johanna Konta then served for the match and despite Karolína had one more chance to tie the match, she couldn’t turn the score anymore and lost 5-7.