Two Wins in China on Friday the Thirteenth 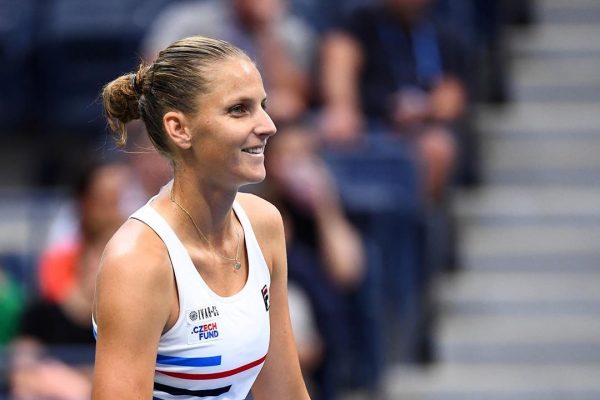 Karolína played two matches in one day, including a great comeback and another three-set drama, in Zhengzhou, China. But the Friday the thirteenth ended well for her – she won both battles!

Karolína started her match against Polona Hercog on Wednesday already, but at 6-3, 2-5 it started raining and both players returned to the court only two days later!

But Karolína benefited from the break. Although the Slovenian was very close to leveling the match at 1-1 and had five set-points, Kája fought back and achieved a great comeback. Kája broke the Slovenian’s resistance mainly in the super-long ninth game of the second set, in which she saved four set-points on return before confidently capitalizing on her break-point. Then she clearly controlled the next three games and after winning five games in a row she triumphed 6-3, 7-5.

But only a while later Karolína had to get back to the court again to fight against the world No. 20, Sofia Kenin, with whom she played a tight three-set thriller.

Kája was very successful on serve in the opening set and managed to win important points with her 7 aces. She broke Sofia Kenin’s serve in the seventh game and then grabbed the first set on her third set-point.

The second set brought even more Karolína’s aces, but the American played better in the final part of the set and forced a decider.

In the third set, Kája became more accurate, went into a 4-0 lead and after saving six break-points at 4-1 she then served the match out with a love game. “This was Friday the thirteenth? I have two nice wins,” Karolína said joyfully.