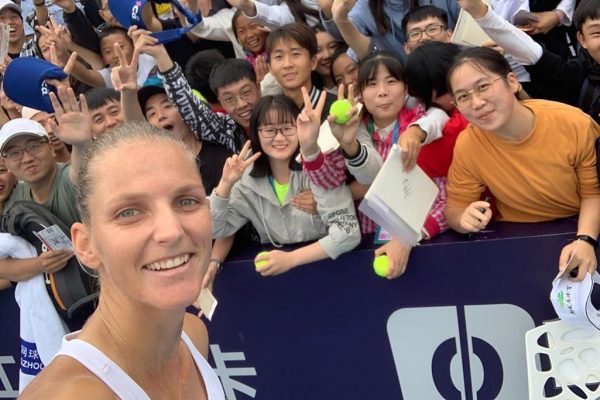 Karolína will play in the final on her first start at the Zhengzhou Open. As the top seeded player she beat Ajla Tomljanovic of Australia 6-3, 6-2 in the semifinal.

Kája succeeded in all three head-to-head encounters against Tomljanovic in 2019. Her first win against the Australian came in Brisbane in January, the second in Rome, and now the third at the first event of the Asian Tour. And in Brisbane as well as in Rome she later won the entire tournament.

Karolína clearly dominated in the Saturday’s match, mainly thanks to her serve, during which she allowed a single break-point to her opponent. It came at the very end of the match, but Karolína saved it immediately and finished the match with a love game. Kája won 93 % of points after her first serve.

On Sunday, Kája will fight for the title against the winner of the other semifinal between Petra Martic and Kristina Mladenovic.