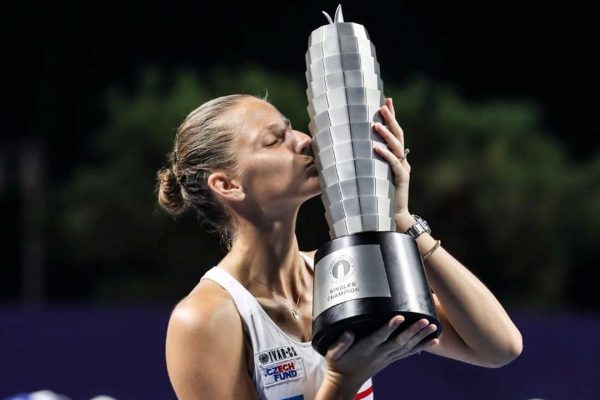 Karolína has won her 15th career WTA Tour title in Zhengzhou, China. In the final she defeated Petra Martić in straight sets 6-3, 6-2. The year 2019 has been the most successful in her career so far – after triumphing in Brisbane, Rome and Eastbourne, this is already her fourth tournament title this year.

Just like the whole tournament, the final match was also affected by rain. But Karolína coped better with the match conditions. The match started six hours later than planned and it was interrupted after just two games played. At that moment, Petra Martić was up by 2-0.

But after the break Karolína started dominating clearly, won 12 out of 15 games and deservedly lifted the trophy in the end. “I’ve beaten a few good players here, with whom I also lost in the past. And in the match against Petra Martić I see the biggest plus of the whole week. I was never really successful against her,” Karolína remembered the negative head-to-head record, which she reduced to 2-3 with her final win.

“Wins are always important, no matter where you play. And of course, if you win a trophy, it’s always nice,” Kája added.

This was her first start at Zhengzhou Open ever. She also managed to triumph as a top seeded player, which has been quite tricky in 2019 – so far only four players on the WTA Tour confirmed their role of the biggest favorite in 2019.