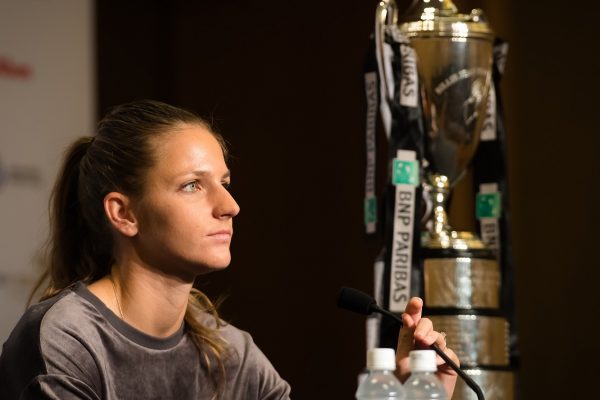 Karolína will play at this year’s WTA Finals as well, while being the only player who started at this event in the past three years. She has secured her spot at the season’s final tournament in Shenzhen with her triumph in Zhengzhou.

The year 2019 has been exceptional for Karolína. As the only player on the WTA Tour she has four tournaments titles and her current match record is 49 wins – 13 losses.

“It’s been an amazing season. At the start of every season my goal is to qualify for the WTA Finals. When I succeed, it’s a proof that the year is successful. It’s almost incredible that I’ve qualified there for the fourth consecutive time,” Karolína said with joy.

Her consistent performances are proved by the fact that she has had at least 40 wins every season since 2014. This year she triumphed on three different surfaces. In Brisbane and Shengzhou she won on hard courts, in Rome on clay and in Eastbourne on grass. This also confirms Kája’s versatility.

She is the second player to qualify for the 2019 WTA Finals after the world No. 1 Ashleigh Barty of Australia.

“I’m looking forward to meeting the best players again, as well as to getting to know Shenzhen,” Karolína sent a message to the WTA Finals organizers. The WTA Finals will take place from 27th October to 3rd November.