Karolina Wins Her First Match in Wuhan. I Was Getting Used to the Night Conditions, She Said 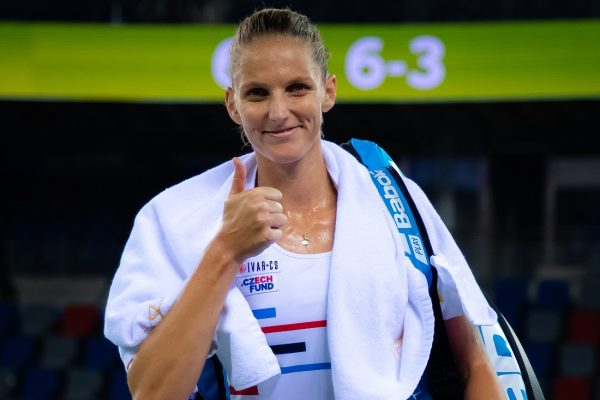 The 6-3, 6-3 result sounds convincing, but Karolina admitted that the first match at the tournament was not an easy one.

“There was a bit of everything there. Of course, the beginning was very slow, I was trying to find my game a bit. But then it wasn’t a bad match,” Kaja said about the turnaround in the first set. She was down by 0-2, but then broke all of her opponent’s serves and won the set 6-3.

The second set had almost the same scenario. Also an early loss of serve and then five consecutive games that steered Karolina towards victory.

“In some phases I played very well from the baseline. It was my first night session in a long time. It was a bit different, I needed some time to get used to it. But I felt very well in the end,” she added.

But the match was a different one for her from another point of view as well. “In the past years I played here a bit under stress because it was not clear if I would qualify for the WTA Finals, so now I am trying to be more relaxed,” Kaja explained.

Advancing to the third round also means a chance for Karolina to attack the top of the WTA ranking. Her next opponent will be another teenager, the 19-yea-old Dayana Yastremska of Ukraine, who has already won the scalps of Ajla Tomljanovic and Christina McHale in Wuhan.