Karolína Wins Up-and-Down Drama against Halep to Advance to Semis at WTA Finals! 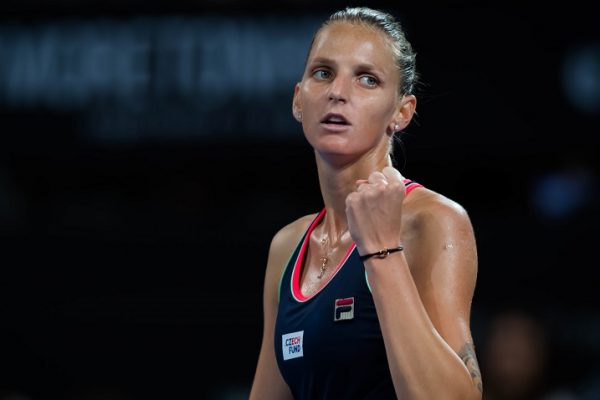 Karolína has yet again reached the semifinals at the WTA Finals! In an amazing match she overcame Simona Halep in three sets, 6-0, 2-6, 6-4. She finished second in the purple group and will face Ashleigh Barty of Australia on Saturday in a battle for the final.

The first set was clearly dominated by Karolína, who played varied tennis with lots of accurate shots. And since Halep was struggling and produced many unforced errors, the first set became a one-sided matter. It was 6-0 on the scoreboard after only 21 minutes.

Halep started the second set better, broke Karolína’s serve early on and confirmed her lead on her own serve. The Romanian gained confidence and triumphed 6-2 in a set full of beautiful rallies.

The match went into the decider and it was Halep who started it better. She went into a 2-0 lead, but Karolína reacted by winning five straight games and was close to a win. Simona Halep, however, didn’t lay down her arms, reduced the gap to 3-5 with a love game on serve and subsequently broke Karolína’s serve. With the score at 5-4 and 0-30 for the Romanian, Kája won four consecutive points and converted her first match point.

In the semifinals Karolína will face Ashleigh Barty, who won the red group.