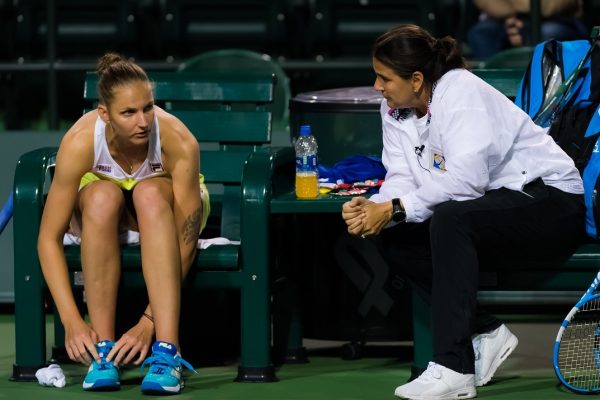 After the end of the season Karolína Plíšková decided to end her cooperation with the Spanish coach Conchita Martinez, who was a part of her team since August 2018.

Under Conchita’s supervision Karolína won four titles this season on four different surfaces. “I’d like to thank Conchita for her work. I think she helped me become a better player. I wish her all the best. I would now like to try and move even further,” Karolína said.

The new coach’s name is not yet known. “Following the WTA Finals Karolína made her final decision and since then we have been taking steps towards hiring a new coach. The negotiations are already underway and as soon as we reach an agreement, we will inform the fans. We want to be clear about the new coach before Karolína starts preparing for the new season,” Karolína’s manager Michal Hrdlička explained.

The Croatian fitness coach Azuz Simcich and the Spanish physio Salvador Martín Guzman remain in the team. Karolína will now take a break from tennis for a few weeks. “I will travel to Miami for a photo shoot for one of my partners and then a sunny vacation. I will start preparing for the next season in late November,” the current world number two revealed her plans.

Just like last year, she will spend the main part of her practice spell in Tenerife, Spain. “The local conditions absolutely suited my needs, so I’ll be preparing there this year again. The weather there is great and I can focus only on training,” Plíšková, who again dominated this season’s ace stats, named the benefits of her training camp in the Canary Islands.