Karolína to Cooperate with Daniel Vallverdú 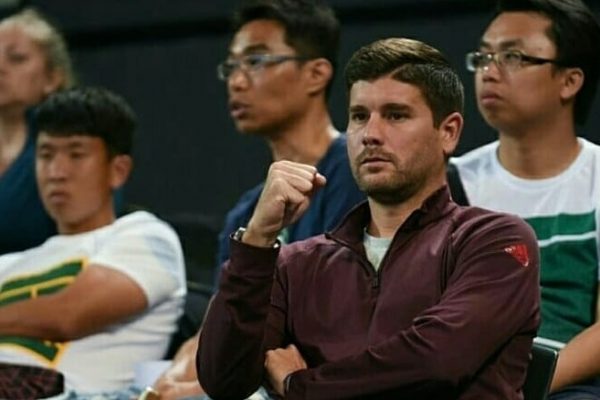 Karolína Plíšková has revealed the name of her new head coach for the upcoming season. From the beginning of the pre-season preparation she will be coached by Dani Vallverdú. The thirty-three-year-old Venezuelan used to work with several world stars, such as Murray, Berdych, Del Potro, Dimitrov or Wawrinka. Vallverdú will be joined by Olga Savchuk in Karolína’s coaching staff.

The current world number two, Karolína Plíšková, ended her cooperation with Conchita Martínez following the previous season and started looking for a new coach in an attempt to improve her tennis level even more. Eventually, the choice fell on Dani Vallverdú from Venezuela. “He was one of my priorities from the beginning. He’s had great results with his players, he understands tennis like hardly anyone else and I’m convinced he has a lot to offer to me. I’m already looking forward to the start of the preparation,” said the best Czech player at the moment.

Daniel Vallverdú proved his qualities mainly in the world of men’s tennis and now he’s getting ready to work on the women’s tour. “Karolína is a great player and I’m looking forward to working with her to help her reach her goals. WTA is something new for me, but I like challenges,” said Vallverdu, who made a name for himself mainly during his cooperation with Andy Murray, whom he helped, along with Ivan Lendl, to reach Grand Slam titles. “Moreover we maintain certain continuity because Dani can follow up on his cooperation with our fitness coach Azuz Simcich, with whom he already worked in the past in Tomáš Berdych’s team,” added Plíšková’s manager Michal Hrdlička.

Vallverdú will also be joined by Olga Savchuk, the former doubles player, who started her coaching career last year. “They’ve known each other for a long time from the WTA Tour and they have a great relationship. They were already together at this year’s tournament in Zhengzhou, where Karolína triumphed,” Hrdlička explained. Plíšková already started with her fitness trainings and next week she will move to Tenerife for a training camp, where she will be joined by Vallverdú and Savchuk. After Christmas the team will travel to Australia, where Karolína will be defending her title at the season-opening event in Brisbane.