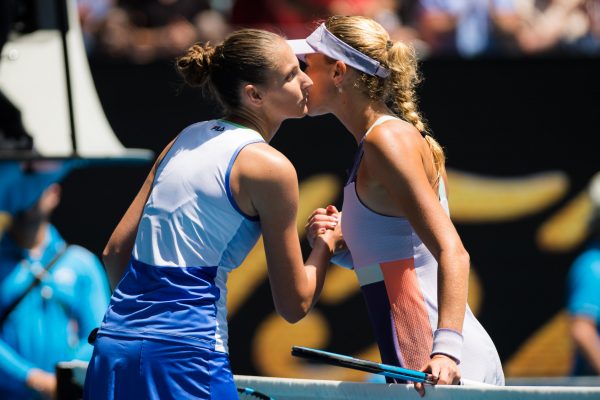 Karolína started the Australian Open with a win, beating the French Kristina Mladenovic in straight sets 6-1, 7-5.

Their head-to-head record so far was tied at 2-2 and it was Mladenovic who won the last encounter in 2017. But in Melbourne Karolína dominated from the very first moments and after converting two of her three break points in the opening set she went into a comfortable lead. Kristina Mladenovic won her first game only at 5-0.

The second set also looked quite convincing for a long time. But a complication came at 4-3 when Kája posted a double fault and had troubles serving due to the sun. Despite losing the game and subsequently trailing 4-5, she got back into the match and controlled the end.

“Kristina is a player who can play excellent matches, so I’m happy I’ through to the next round. Of course I was slightly nervous, so I’m glad this match is behind me already,” Karolína admitted honestly.

In the second round Kája will face Laura Siegemund of Germany, who defeated the American Coco Vandeweghe.