Karolína Beats Laura Siegemund in an “Ugly” Match in Melbourne 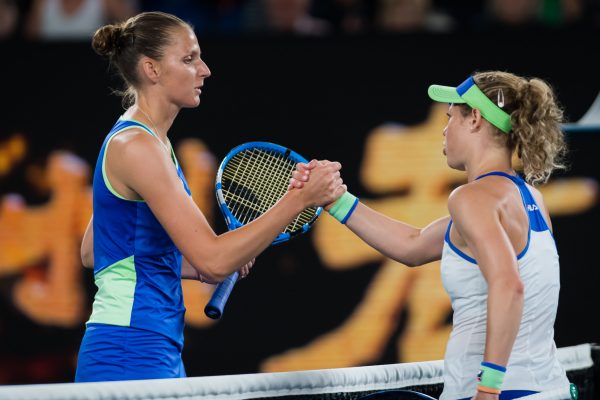 On Thursday Karolína made another important step at the Australian Open. She defeated the German Laura Siegemund in straight sets 6-3, 6-3, but still called the match ugly afterwards.

She met Laura Siegemund only once at the WTA tour – it was back in 2017 and she lost the encounter. And start of the match in Melbourne was far from ideal as well. Her German opponent won the first break and went into a 3-1 lead. But Kája then won seven straight games, turned the set around and started the second set well as well.

Laura Siegemund began resisting again, but with the help of her strong serve Karolína managed to keep the match under her control and won the second set 6-3.

“It was a match against a player I’m not doing very well against. It wasn’t the nicest tennis, but I’m glad I’m through,” Kája explained after the match.

This year’s Australian Open is special for Karolína because exactly 10 years ago she won the junior event in Melbourne. “Of course the motivation is big. I like playing in Australian, I’m usually quite successful here and this year I’m here with my new coaching team, so it’s nice we have only winning stats here so far,” she added.

In the third round Kája will meet the Russian Anastasia Pavlyuchenkova, who eliminated Nina Stojanović of Serbia and Taylor Townsend of the United States.