Karolína Ends Her Australian Open Campaign in Third Round Already 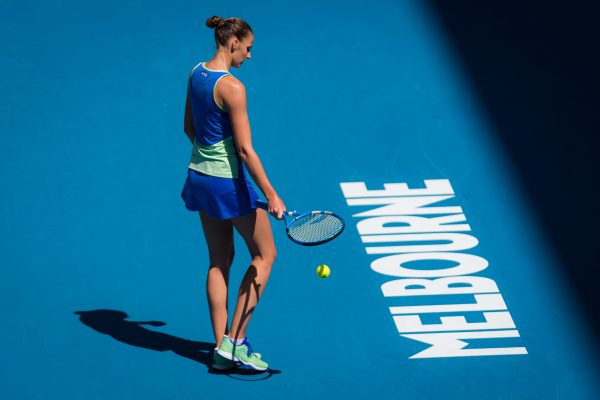 The 2020 Australian Open ended for Karolína in the third round after she lost against the Russian Anastasia Pavlyuchenkova in two sets 6-7, 6-7.

Kája won the six previous encounters with her Russian opponent, losing just one set in the process, but the Saturday’s match in Melbourne didn’t come off for her.

A presage of problems appeared in the second game already when Kája faced six break points. Despite saving all of them, later in the set Pavlyuchenkova went into a 4-1 lead. Then came Karolína’s good moments – her serve started working well for a whil and she wasn’t far from turning the score to 5-6. But this time it was the Russian who managed to save five break points and led the set into the tie-break, which she won 7-4 after capitalizing on her opportunities.

In the second set Kája lost her serve in the first game already, but then she caught up with her opponent and later in the set she even had two set points on her opponent’s serve. But she failed to utilize her chances and Pavlyuchenkova was again more successful in the tie-break – she went into a 6-2 lead and converted the second match point.

“I didn’t manage to play my tennis. She had nothing to lose after losing against me six times, so it was clear she would go after the win. She deserved it more,” Karolína commented on her premature elimination in a post-match interview. “I played at about 40% of my abilities, which is too little. On the other hand, I can be positive about the fact that even with such a performance I managed to reach two tie-breaks,” Kája added.

Karolína, therefore, failed to defend her last year’s result when she reached the semifinals in Melbourne, and for the first time since 2016 she finished in the third round already.