Karolína Starts in Dubai with Clear Win against Mladenovic 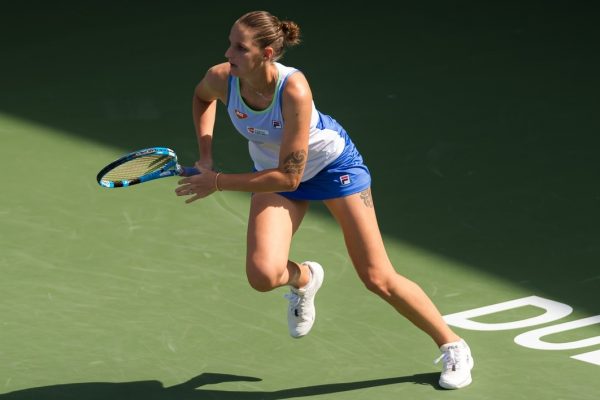 Karolína entered the tournament in Dubai with an impressive win against the French Kristina Mladenovic. Kája allowed only three games to her opponent and finished the match after 68 minutes already.

The event in Dubai is Karolína’s first start since the Australian Open Grand Slam and after almost a one-month break she dominated on the hard court in the UAE.

She didn’t allow a single break point chance to Mladenovic and never actually let her attack her serve. On the contrary, she converted four of her seven break points herself. “It’s always tough against Kristina. But we played against each other in Australia so I knew what to expect. It was quite a solid first match. And I liked the conditions too. I like playing when it’s warm and the sun is shining. The tennis is a bit faster, which is better for me,” Karolína commented on the match.

Ironically, she wasn’t having the best of days on her serve and reached the first-serve percentage of 50 % only. In the round of sixteen Kája will face the winner of the match between Kateřina Siniaková and Elena Rybakina of Kazakhstan.

Immediately after the match against Mladenovic Karolína played her doubles match with her sister Kristýna, but the twins lost against the American–Brazilian pair Hayley Carter – Luisa Stefani 0-2.