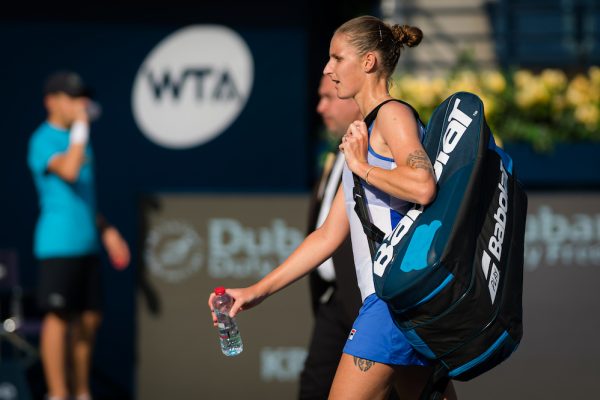 Karolína ends her Dubai campaign in the quarterfinals. She was defeated by Elena Rybakina of Kazakhstan, who won their first head-to-head encounter 7-6, 6-3.

The twenty-year-old Kazakh has been playing in great form in 2020, which she demonstrated in her match against Karolína too. The first set, which was long tight, was decided in the tie-break, in which Rybakina was much more successful. She allowed just a single point to Karolína and subsequently started the second set with a converted break point.

“She played really well. Most of all she managed to capitalize on her opportunities. I also had a few chances to turn the match around, but she always hit perfect shots in the key moments,” Karolína stated.

Although Kája had three break points in the second set, her opponent managed to defend her serve and after one hour and 41 minutes Rybakina advanced to her fourth semifinal this year.

“It was just difficult. I didn’t do many bad things, but she really played excellent tennis,” admitted Karolína, for whom the Dubai tournament ended in the quarterfinals for the third consecutive time.