Karolína Ends in Third Round in Qatar, Loses to Ons Jabeur 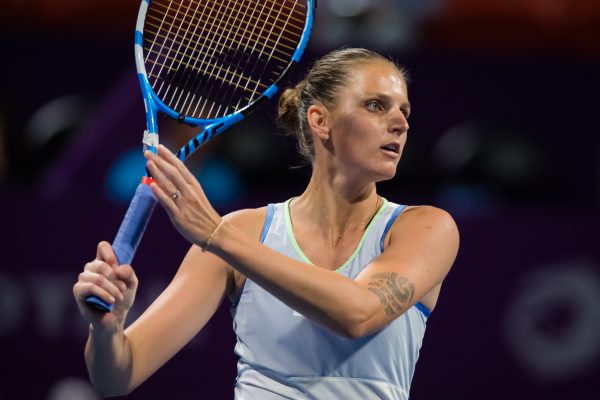 Karolína ends her campaign at this year’s Qatar Total Open in Doha in the third round already after losing against Ons Jabeur of Tunisia in three sets – 4-6, 6-3, 3-6.

On Tuesday, Karolína virtually swept the American Bernarda Pera off the court, but on Wednesday she faced a much more determined opponent. Ons Jabeur gave a hard time to Kája already at the last year’s U.S. Open and six months later the three-set battle repeated itself.

In the opening set Ons Jabeur broke Karolína’s serve in the very first game and went on to control her serves with confidence to grab the first set after just a half an hour.

Karolína only found a key to her opponent’s tennis in the second set, in which taking advantage of the spells when Ons Jabeur was struggling with her first serve. Kája tied the score after converting her fourth break point, after which she went into a 4-1 lead and served the set out without difficulty.

The third set was most likely decided in a super-long game at 2-3, when Karolína failed to close the game on five opportunities, whereas Ons Jabeur used her chace and increased her lead to 2-4. And despite Kája broke her opponent back, she lost her serve yet again and lost the match in the end.

Karolína, therefore, ends her campaign at the event, which she won back in 2017, after two matches already.