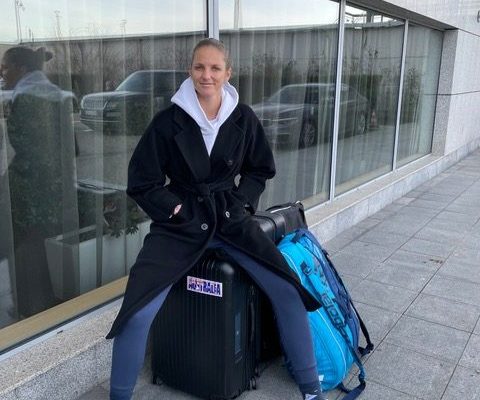 Karolina started the new season by flying to the United Arab Emirates the day after the Christmas holidays. It doesn’t start in Australia this time, but with a tournament in Abu Dhabi.

The first tour includes three tournaments. After the premiere in the capital of the United Arab Emirates, she will move to Australia, where she is expected to take part in the preparatory tournament in Melbourne and then also in the Australian Open.

“I’m glad it’s at least starting somehow. And I guess it doesn’t matter where, because there was a risk of no events at all. Everything kept getting postponed, so I’m glad for the tournaments, wherever they are,” Kaja said before her departure.

However, she regrets the cancellation of the Brisbane tournament, where she has triumphed three times in the last four years. “I could have attempted for the third consecutive title. I don’t want to say I was sure to get the trophy, but I really enjoy playing there,” she regretted the change in the program.

From Abu Dhabi, Karolina will travel to Melbourne, where she will first have to undergo a 14-day quarantine. “But it will be adapted, we will be able to practice and we won’t have to stay in the room only,” Karolina explained.

Due to the new WTA tournament calendar, Kaja could have enjoyed a calmer Christmas. After returning from a training camp in Marbella, Spain, she spent time with her family. “We went to see grandmothers, grandfathers, parents, my husband’s family, so it was nice and calm.”

But still the visits were a bit different – before meeting Karolina the family members were tested for covid-19. “A couple of people had a cold and we didn’t know if it was covid or not, but it wouldn’t be a good idea for me to get sick,” Karolina explained. “So, for example, when we went to my dad’s house, I was waiting in the car, and my husband Michal did a test for him and when he wrote that it was negative, we were able to see each other.”