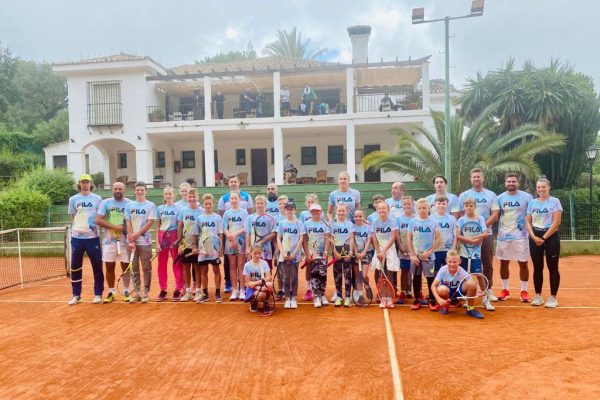 Karolína and Kristýna Plíšková’s tennis academy in Marbella, Spain enjoyed a rare visit in the first half of April. It was Karolína and her coaching staff who came to see the young talents, so the skilled players had a chance to spend some time with, for example, the coach Sascha Bajin and the fitness coach Azuz Simčić.

Karolína headed to Marbella from the tournament in Miami and she is preparing for the clay season at the Puente Romano resort in Andalusia. But of course she also found some time for the young players.

“It was great to see our kids at the academy,” Kája said after spending some time doing something other than hard preparation. And her presence, of course, motivated the young talents to try even harder.

Also the energetic coach Sascha Bajin was giving valuable pieces of advice on shots, movement on the court, and play in general. “It was fun indeed! These kids are really great,” Karolína’s coach said.

The physical condition training then became one big show by Azuz Simčić, who wowed the kids with his personality and showed a different approach to training.