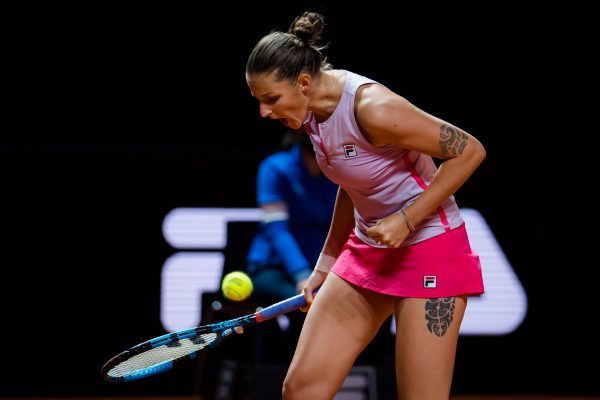 Karolína ends her Stuttgart campaign in the quarterfinals after losing to the world number one Ashleigh Barty in three sets 6-2, 1-6, 5-7, despite showing great performance.

Karolína started the duel with the event’s top-seeded player excellently and dictated the pace of the game throughout the first set. With the support of her very strong and confident serve she managed to win the first set 6-2 in less than a half an hour.

The course of the second set was foreshadowed in the first game, which Kaja lost with a love game while on serve, which helped Barty quickly return to the match. Nothing was turning out well for Karolina, she was often unlucky, and so her opponent easily won the second set.

Karolína entered the third set completely focused again and just like at the beginning of the match she managed to put Barty under pressure. The Australian lost her serve in the third game and continued to play rather defensive tennis. Karolina took a 5-3 lead but failed to reach a match point on her serve. And despite fending off five break points in the crucial game, she eventually lost it and Barty didn’t let the chance go.

“When I play against top-10 opponents, I have to play above-standard tennis. It forces me to show my best. The match had everything, turnovers and drama, and I’m glad I could again play a match like this. It’s always a challenge to test yourself against the best,” Ashleigh Barty said after the match.

Karolína was of course disappointed with the result after the match, but her performance must give her confidence for the next part of the season. “I left everything there, and after today I think I have a few grey hairs on my head. But it’s been a good week. And Ash played really well,” Karolína commented on the match.