Karolína is Already in Madrid. Hopefully I Can Build on My Performance in Stuttgart, She Wishes 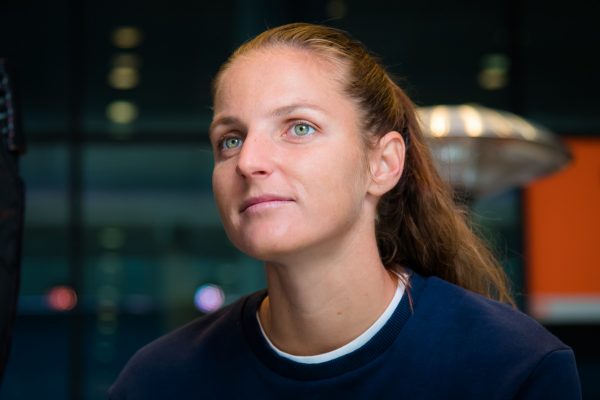 After not so good tournaments during the spring, Karolína managed to play very nice matches against Jelena Ostapenko and the world number one Ashleigh Barty in Stuttgart. Her journey ended in the quarterfinals, but as Kája admitted after arriving in Madrid, she originally thought about skipping her favorite event in Germany.

“I think it was the best decision. I played some good matches there and felt like I was finally playing the game I wanted to play,” said Karolína.

Of course, the very painful loss to Ash Barty still hurts – Kája was already leading 5-3 in the third set, but didn’ manage to serve the match out. “Yes, that win over Ashleigh in the quarters was probably close, it would have been amazing if it had worked out. But I just think my tennis was really good. I only hope I can continue to build on it,” added Karolina.

In Madrid, Karolína will face a tough opening round against the young American Coco Gauff. It’s going to be their first head-to-head encounter ever. “She’s definitely one of the rising stars and I feel like she’s been doing very well lately. She’s been playing pretty good tennis. But to be honest, I don’t really know how she’s doing on clay. All in all, it’s a match I’m looking forward to,” said Karolina.